We only had a few days remaining on our Vietnamese Visa, and a flight back to Bangkok booked for December 1st, so unfortunately we only got to spend 2 nights in Hanoi.

We thought initially this would be fine, as we read a lot online about how much like Ho Chi Minh City it was, that it was even more hectic and you were constantly being pestered. I don’t think the discriptions we read were anymore inaccurate of what a beautiful place Hanoi is.

We arrived after a 4 hour minibus journey from Ha Long, which cost 120,000 Vietnamese dong each (aroud £3.50). The start of the journey was eventful, with a group of German travellers arguing with the bus driver about their tickets. They had paid over a million dong for a bus that would provide them with more comfort, they were asking how many more people were getting on for the journey, when they were told another 10 passengers were going to embark, there was a lot of raised voices and exclamations of “we are big men, we can not share with more and we paid for a better bus”. After a while the situation was resolved and they were on their way on a private bus. These men were actually on our trip to Ha Long Bay earlier in the day, as well as several other passengers (who we found out had paid more for their bus tickets than us).

We were dropped off outside the water puppet show, which is next to the big lake. The lake looked spectacular, lit with fairy lights dripping from the trees, Christmas decorations lining the pavements and street sellers selling balloons and candy floss. It reminded me of Tivoli, in Copenhagen and for the first time I felt quite Christmassy! Our hotel was a nightmare to find, the bus driver had given us directions, there was a lot of “go left, then go right” so inevitably we lost our way. After asking around in some travel shops we were given a map and eventually we found it, tucked down a side street in among the hustle and bustle.

We had had a very long day, so our first evening was spent wandering around the streets, and grabbing some food. There didn’t seem to be a central road where it was all happening, it was quite spread out and everywhere was busy. We opted for a Mexican feast (sort of) and then retired for the evening.

We only had 1 full day in Hanoi, which we spent wandering around (trying to find the bus station to the airport) visiting the central market, factory shops and walking around the lake. We did get accosted by some students whilst sat in a bench by the lake, they just wanted to have a conversation to try and improve their English, we chatted for around 30 minutes and they seemed to appreciate our help. After walking around the entire lake we were feeling a bit weary and went for a bite to eat at KFC (couldn’t resist). We sat on the balcony outside and witnessed a fight between the locals going on below, we aren’t sure what started the fight but there were lots of punches being thrown and one guy kicked the others motorbike! The nearby authorities quickly intervened and put a stop to it, and both parties were swiftly on their way. 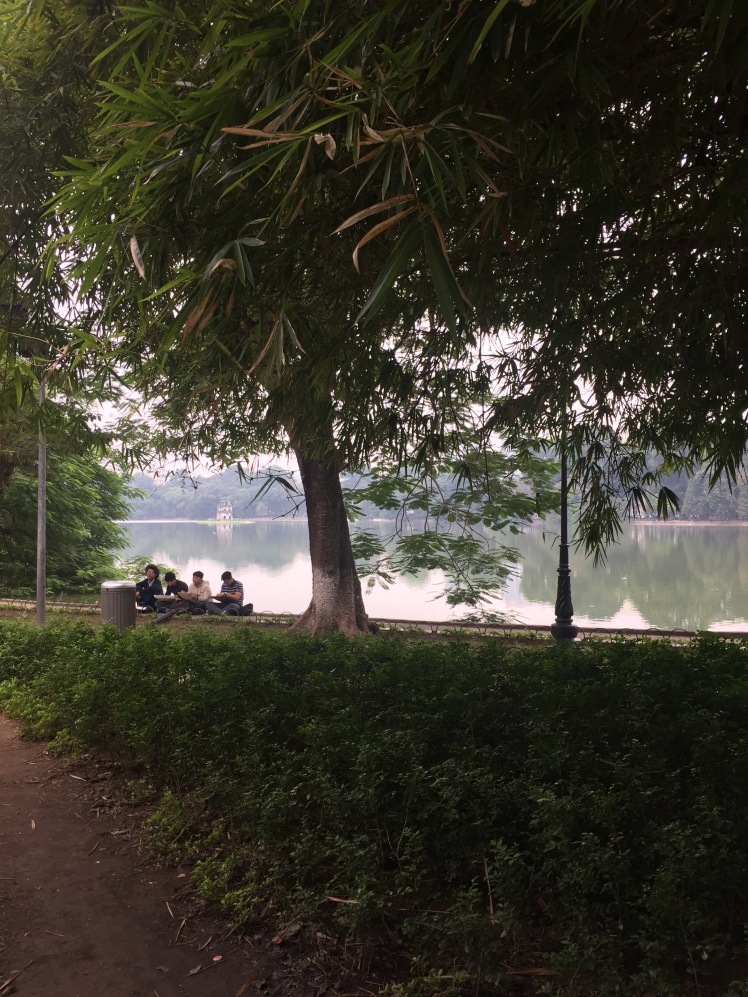 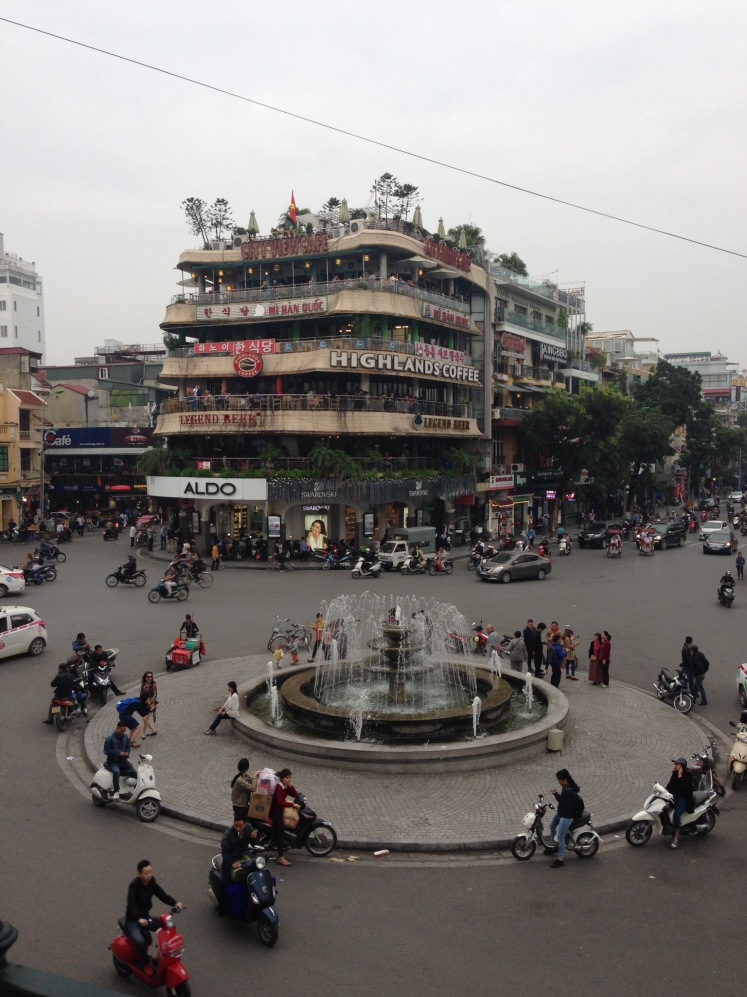 We spent the evening enjoying a Vietnamese BBQ, which was probably one of my favourite meals of the trip so far. We were served marinated strips of chicken and beef, accompanied by traditional vegetables and fresh bread. You cook the meat and veg yourself in the hot plate in front of you. It’s a similar concept to a raclette, or the Char Bar for anyone who remembers it.

We were both really disappointed to be leaving Hanoi after such a short time, we wanted to explore more of the city and what it has to offer, were already thinking about how we can incorporate it into another trip!

6 thoughts on “A brief stay in Hanoi ”