Our flight from Bangkok Don Meung Airport to Narita Airport in Tokyo took just over 5 hours. We landed at around 7:30pm to pitch black and freeing cold conditions, something which we definitely haven’t been used to over the last month. 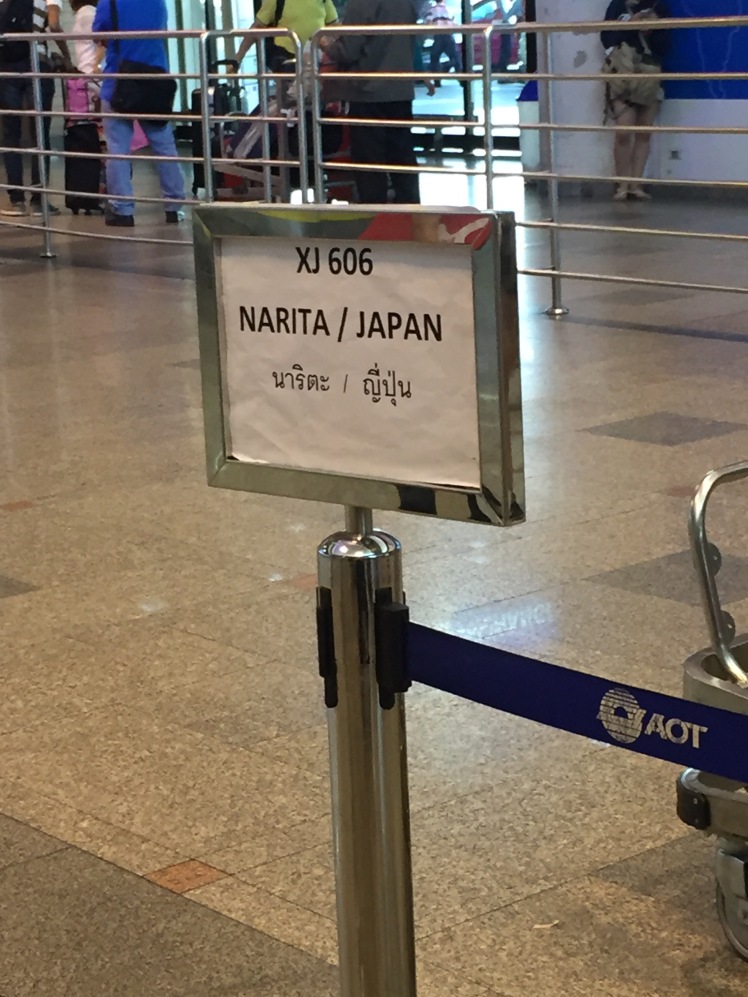 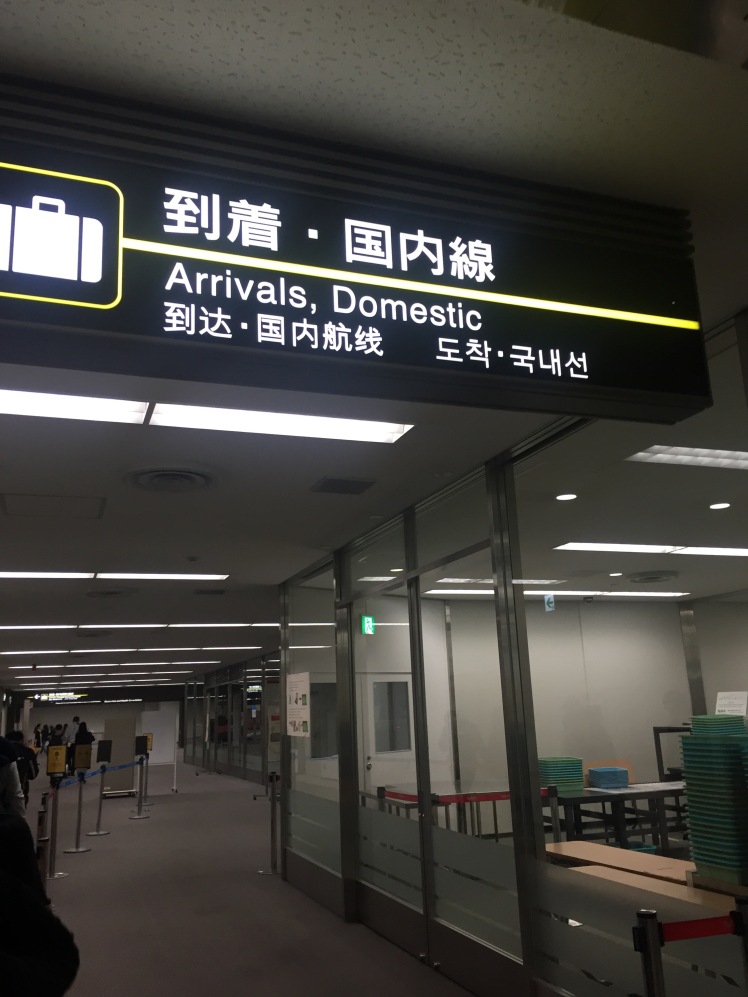 Taxis are very expensive in Tokyo, with a cab to our hotel costing an estimated £100 we opted to use public transport and took the tube instead. The tourist information counter gave us a simple set of instructions to get to Kiba (where our capsule was located) and the ticket office staff were very helpful when we weren’t quite sure which tickets to purchase. We caught the Tokyo Rapid line to katsutadai and then caught the tozai line through to Kiba. Finding your hotel is often an ordeal when you use public transport to get into a city, but booking.com has a clever feature on its app which lets you use your location and a map of the city you’re hotel is in, whilst you are offline, to find your way to your hotel. This was incredibly handy and meant we found our hotel within minutes of leaving the tube station. 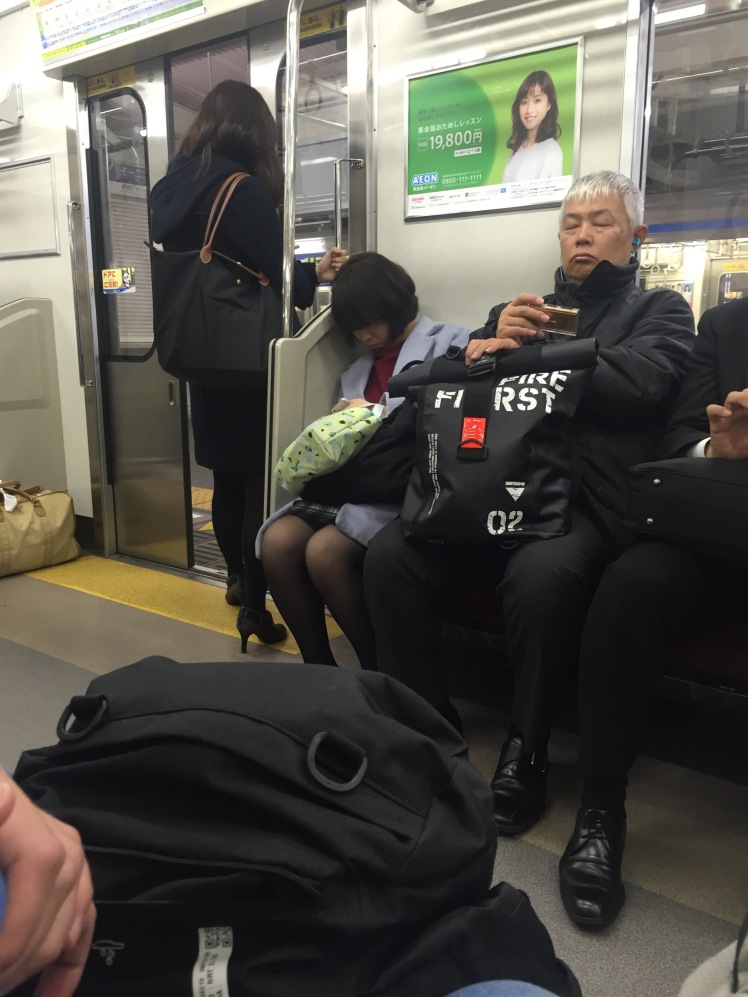 As we were in Japan, the obvious choice for accommodation was a capsule hotel. It was quite tricky to find a capsule which would accomodate couples, and there were only around 2 we found altogether. Having looked at the reviews we opted for Tokyo Kiba Hotel, which turned out to be in a great location and a 1 minute walk from the metro. At check in we were presented with quite a list of do’s and dont’s, although none of which were unreasonable. We were given a locker to hold our valuables and shown where to store our backpacks, and then it was up to our capsule. I didn’t quite know what to expect, but was pleasantly surprised that it was reasonably spacious (for a capsule). We checked out the bathrooms (one big and one small, which alternated between men and women during the day) which housed a rather impressive array of toiletries, everything from shampoo and conditioner to hair mousse and moisturiser. We definitely took full advantage of the free toiletries and didn’t touch any of our own the whole time we were there. Capsule hotels are aimed towards businessmen who perhaps can’t get home from work, which is why most are men only. 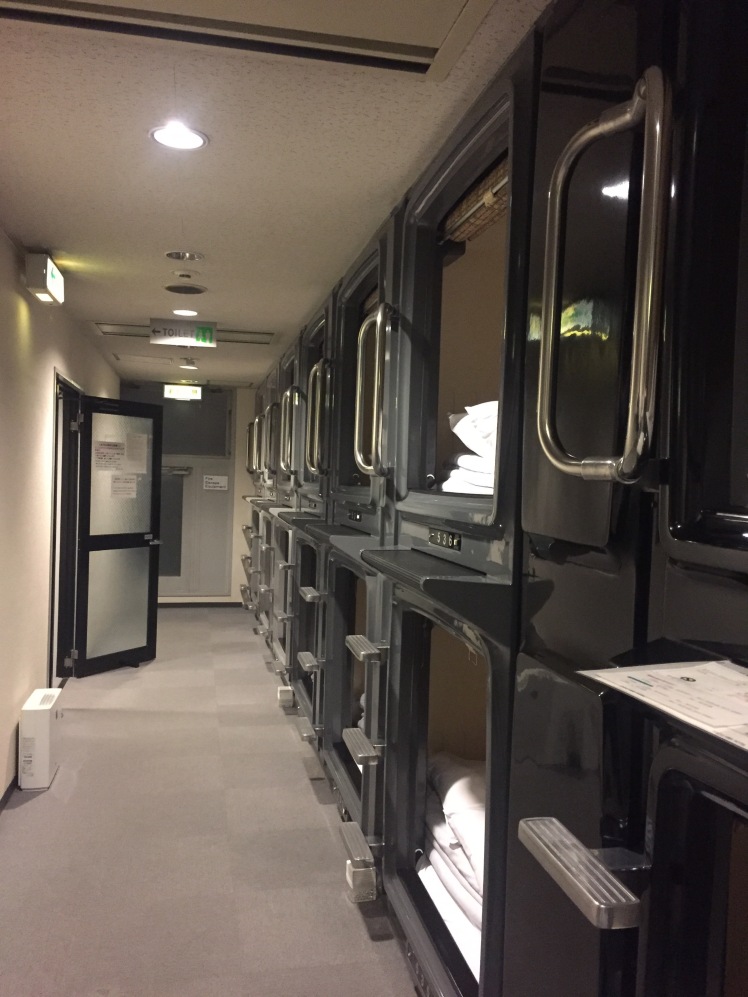 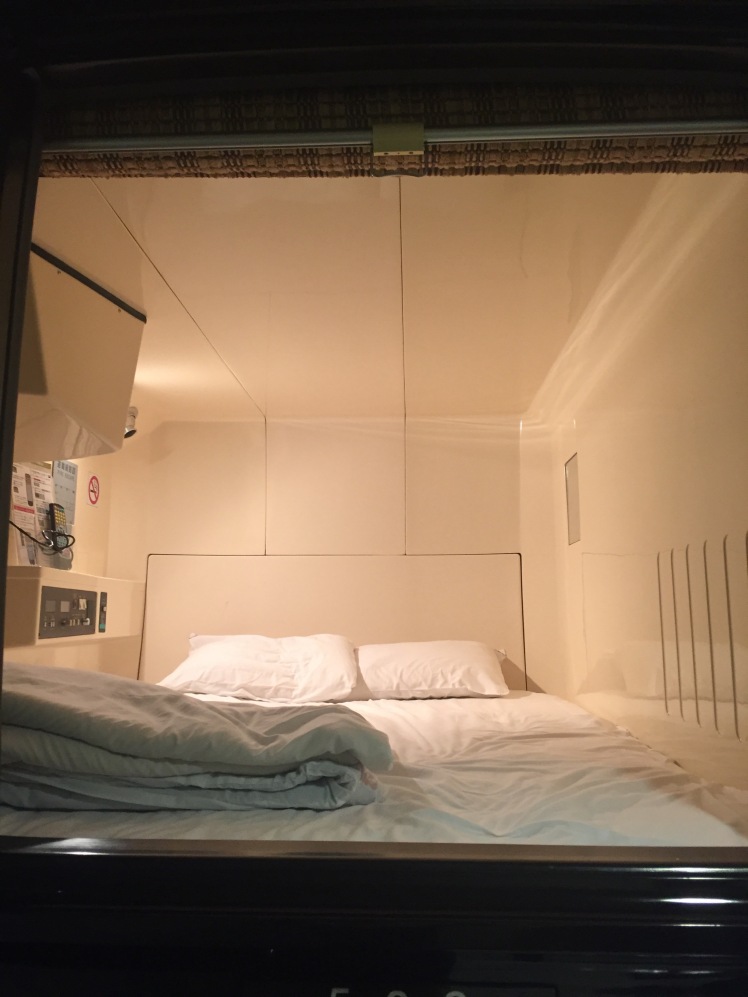 You are often given capsule hotel wear, which could be either pyjamas, robes or loungewear. In our case it was a lovely set of brown pyjamas… Which most customers happily strolled around in post shower before they went to bed. 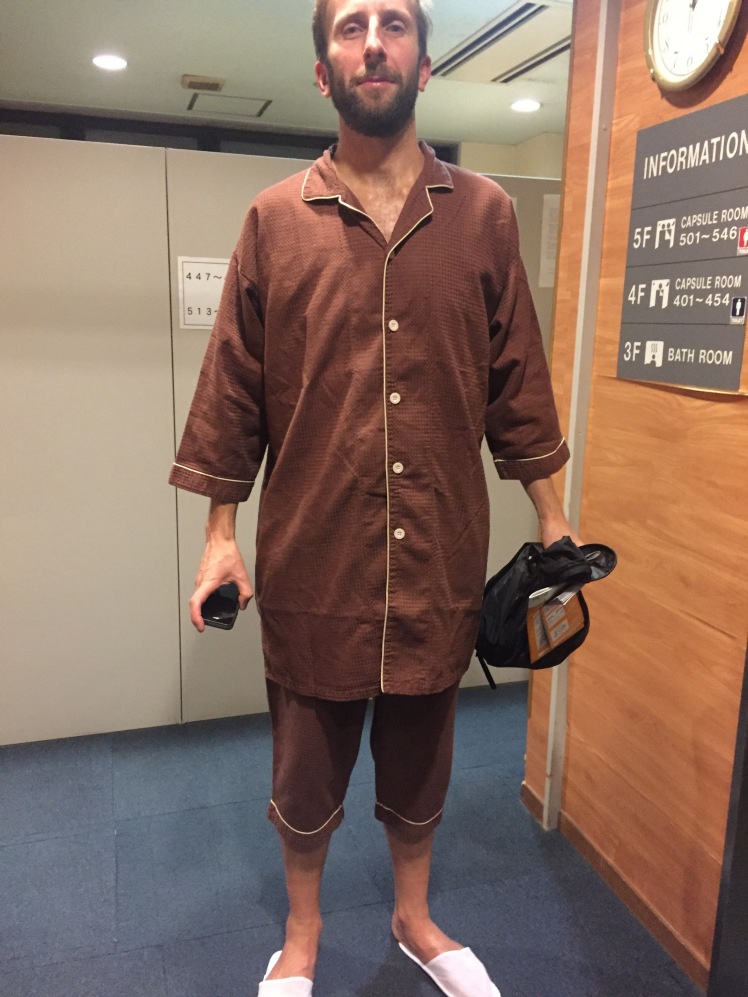 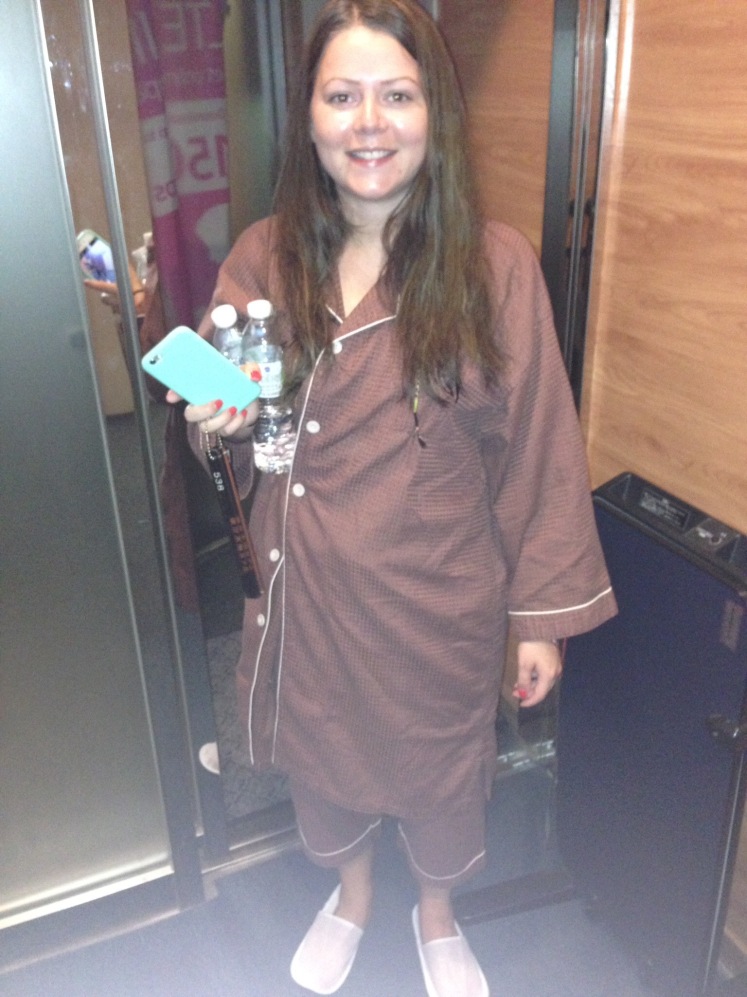 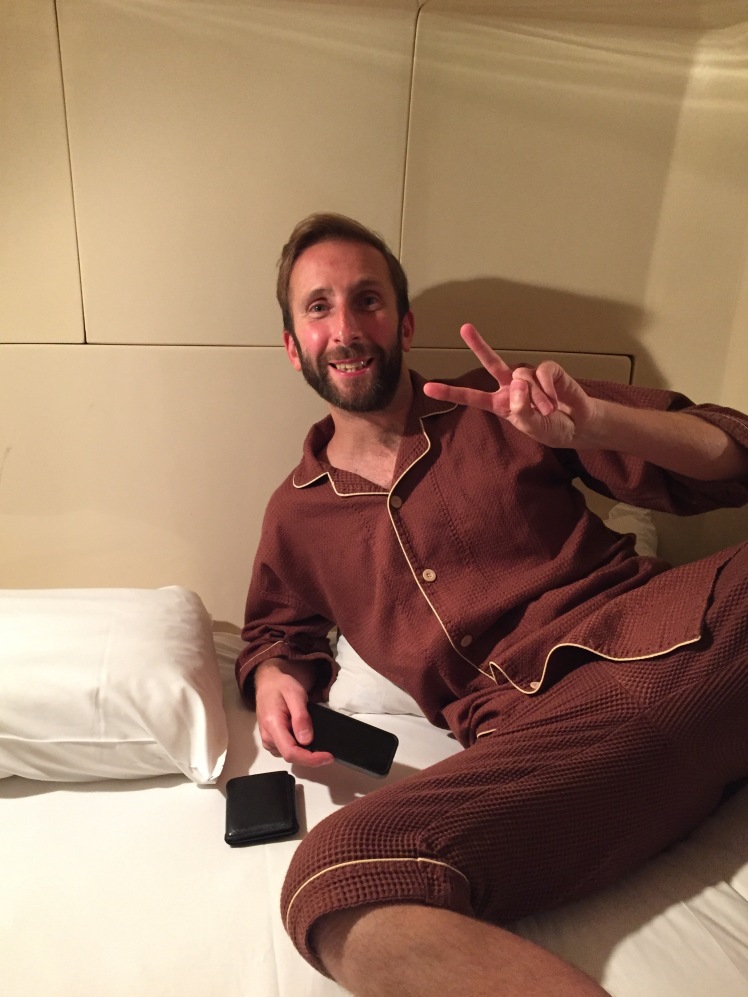 The communal showers were a first for us, but you definitely get used to using them very quickly. They are single sex and most people don’t hang around, getting in and out as quick as possible, much like us. After donning our fetching brown pyjamas we headed off to the land of nod in our capsule. We were in a top bunk, so had a small climb up some ladders to get in. Surprisingly it was really quiet, and we were only lightly disturbed by some early risers. In the morning we headed off to our separate bathrooms to get ourselves ready and see what Tokyo had to offer… 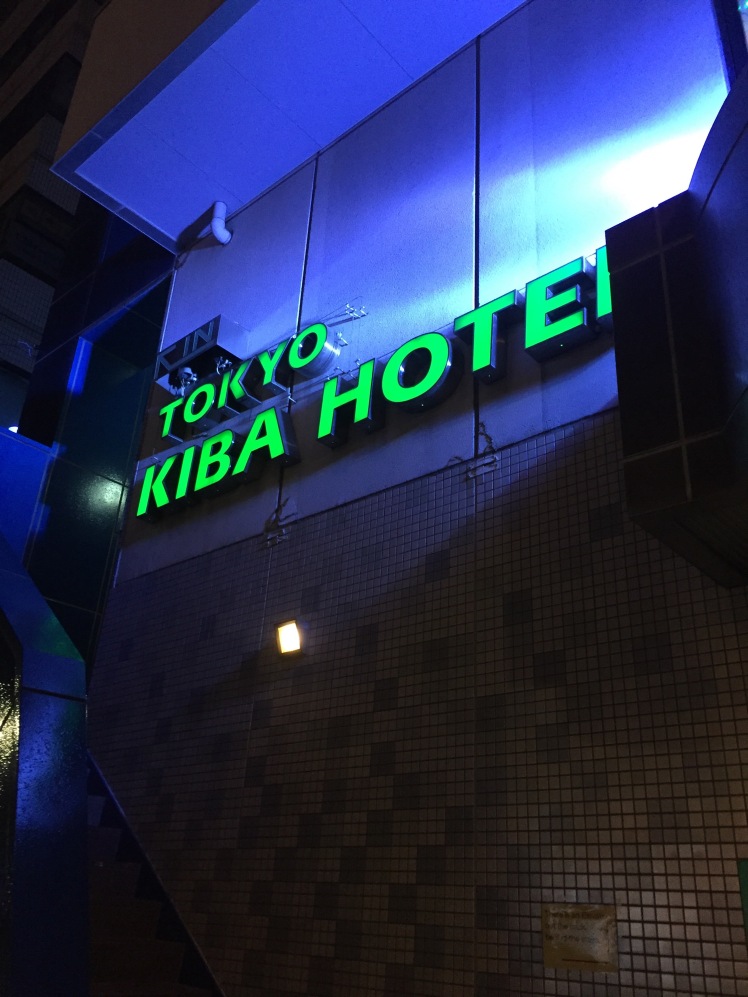 4 thoughts on “Narita Airport to Tokyo and a Capsule hotel”