We saw in the opening minutes of Christmas Day stood next to a giant Christmas tree outside of Sydney town hall, which itself had been decorated with some spectacular video effects.

The next morning we caught the bus to Bondi Beach (circa $3.50 each on an opal card, similar in format to an Oyster card) armed with cool bags containing our Christmas dinner as well as our Santa hats. The weather had looked a little gloomy first thing but we were greeted with clear blue skies as soon as we arrived at the beach. It was immediately clear that several people had had the same idea as the beach was very busy with other revellers decked in an array of Christmas items including one male in a full Santa suit. 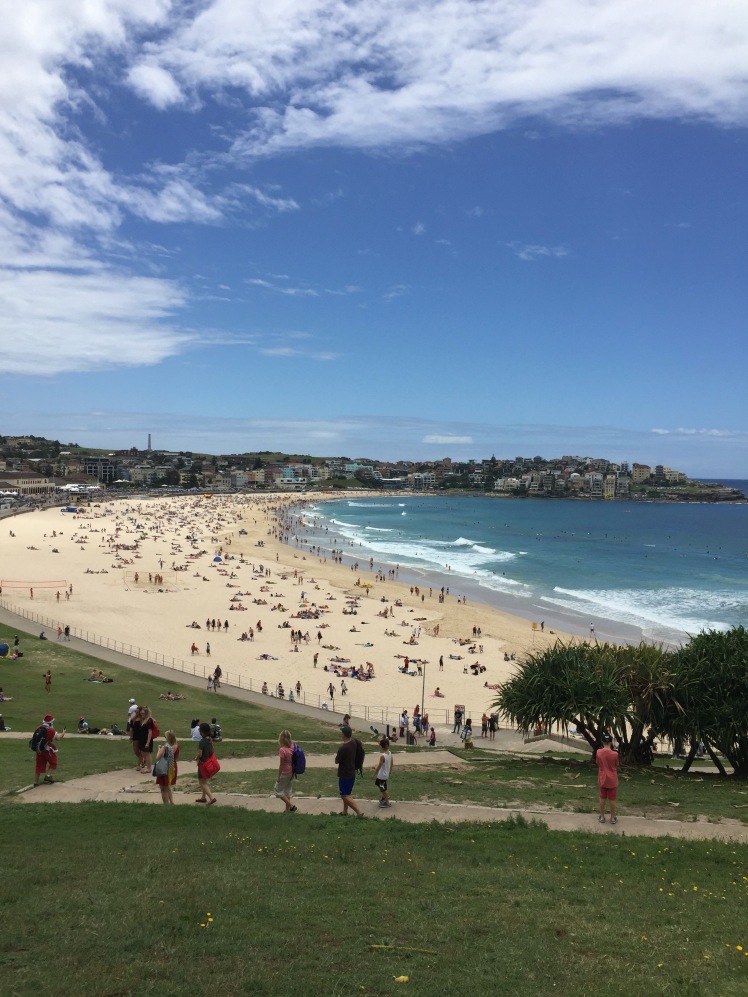 We spent the day soaking up the sun with the odd dip in the water to cool down although currents were very strong and only a small area was sectioned off for swimmers with lifeguards patrolling the rest of the beach and loudly telling any swimmers outside the “safe zone” to get out immediately. The surf was strong with waves powerful enough to knock you off your feet with some higher than 6ft. Having so many people in such a confined area in the water, many of whom had been drinking, was a hazard in itself.
Our Christmas lunch comprised of a mix of cold meats, French bread, cheeses, crackers and other savoury nibbles as well as a bottle of prosecco we had treated ourselves to at the princely sum of $14 (£7), an extravagance owing to our tight budget!! 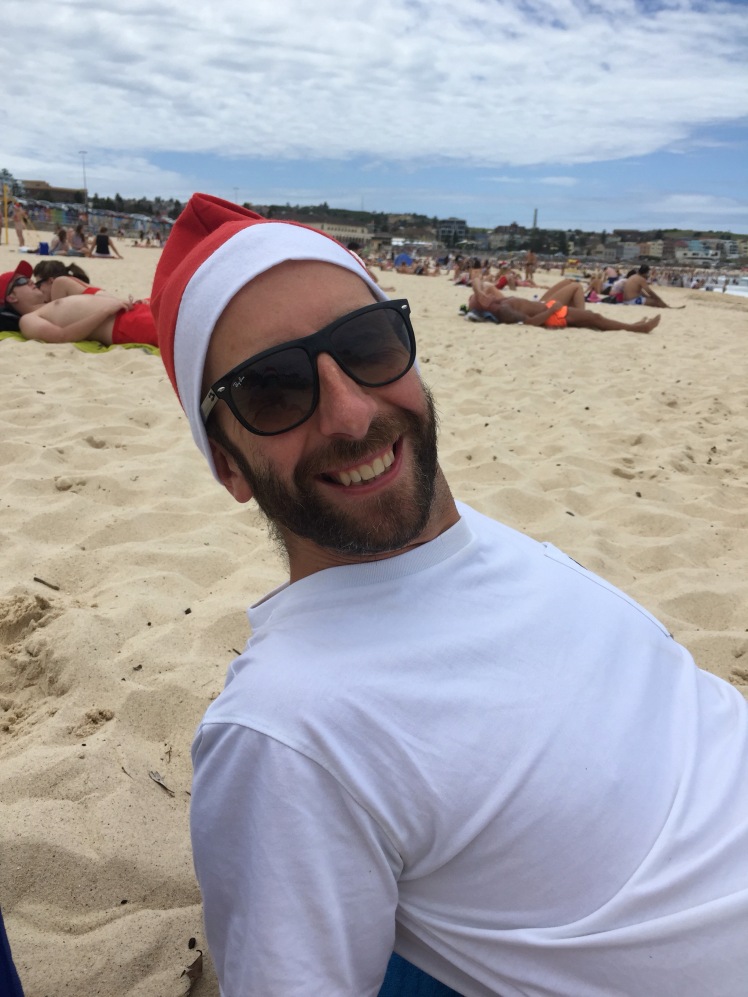 Alcohol is banned in many public place in Australia including Bondi Beach but with it being Christmas and busy, we thought we would be fine as long as we were discreet. After drinking two thirds of the bottle, a line of police officers walked the entire length of the beach checking for alcohol and duly approached us. Although the bottle of prosecco itself was hidden in our cool bag, we had two plastic wine glasses in front of us that were donated by John’s cousin who we’d met the day before and were too much of a giveaway for plod. One sniff of the glass was enough for the policeman to warn us that he could fine us on the spot and resulted in our drink being poured into the sand despite us trying to pass it off as water. This was made all the more frustrating as several people were openly drinking on the beach later in the day although we saw several drinks poured away with some people even being removed from the beach completely. 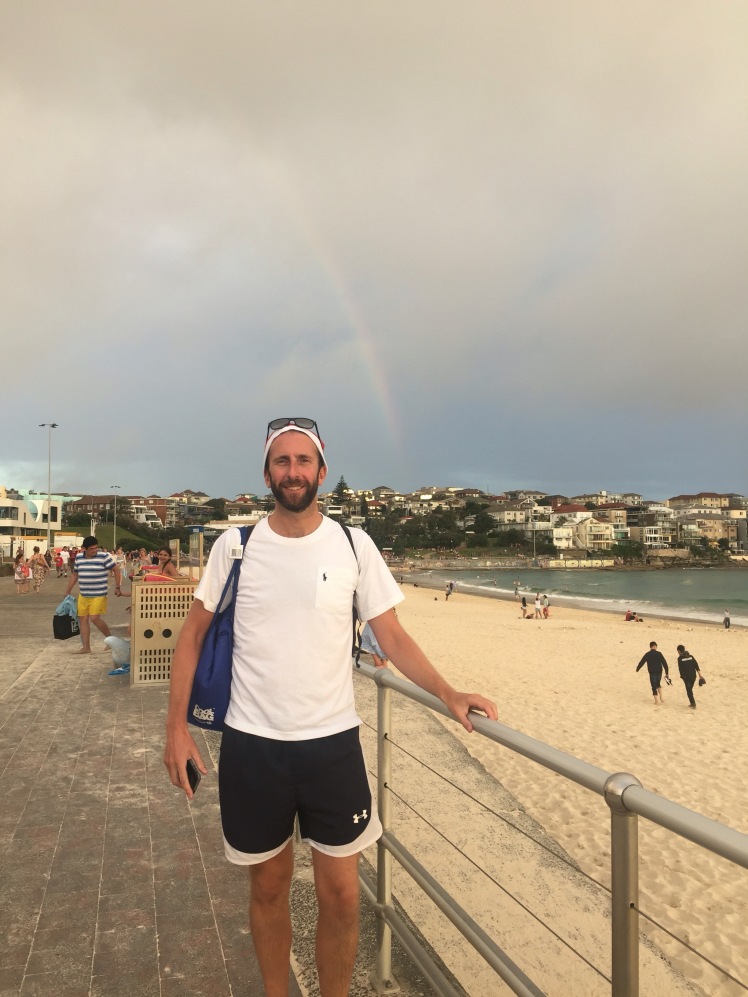 After a long wait for a bus home we decided to share a taxi with another girl staying close to our hotel who shared the cost. As soon as we got out John realised his sunglasses were missing, presumably left in the back of the taxi so he had a good excuse to buy himself a new pair in the Christmas sales the next day.
The lost sunglasses and confiscated prosecco weren’t enough to dampen our spirits; we had a fantastic day albeit a little surreal (seeing Santas in the sand and sea is bizarre!), in a beautiful setting – a once in a lifetime experience that we will treasure.